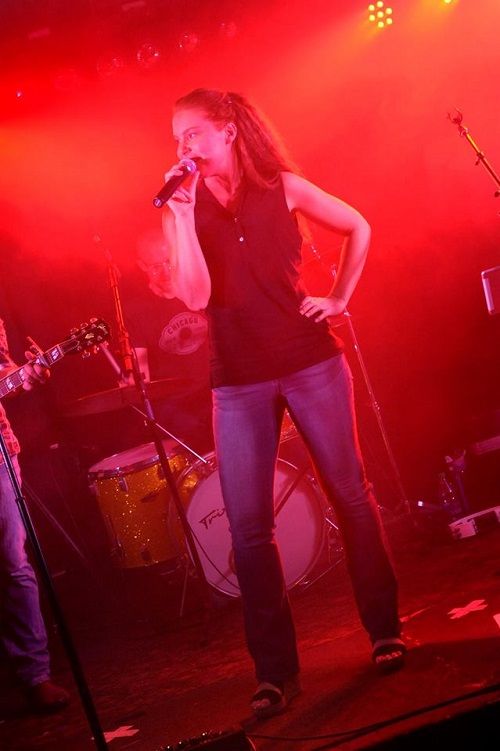 From the rustic central Minnesota lands of rivers and ice, comes Laura “Red” Sedok(SEE-DOCK). Red has been belting her way through the local music scene over 20 years, singing anything from heavy metal rap to reggae opera. Formally with DTG from 2017-18, she has now come back to rejoin the musical country family she has known and loved. The real” Little lady who lives in a Shoe” she herself has 15 children, seven of them are named Darrel and seven are named Darlene. Number 15 is our drummer, Eric. This mammy beams with pride for bringing another family member forth with the musical gift! Maybe giving him a different name made all the difference. Being the oldest of the band, she has to keep her little brother-cousin Sean and brother-nephew Chris in check. If you see them miss behavin, just look her direction as you will soon see “the look”. That look means to get to playing or there will soon be a switchin! At her day job she is a professional card stacker with expert precision. It doesn’t pay well but being in a cover band makes up all the difference. Make sure you introduce yourself to our big sister Red as she more than likely will give you a big squeeze for coming to a show!

She brings a lot of energy to the stage and keeps the crowd engaged. She has a heart of gold, a kind soul and enjoys meeting new people. 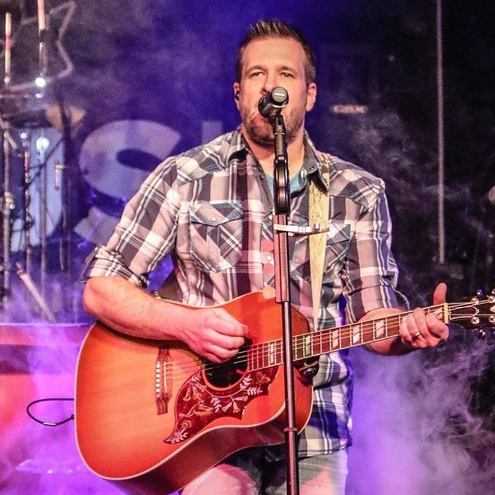 Lead Vocals  Rhythm Guitar
​
Born and raised in the west suburbs of the Twin Cities, music has been a part of Sean's life since his parents recorded him singing at age 3.  From there he learned the piano at a young age and then played the trombone through the start of high school.  Guitar was next in line, both acoustic and electric.  He also dabbles with the harmonica, bass guitar, mandolin and most recently the fiddle.
But through the years, singing has been his major passion.  He appreciates all music, but grew up loving country.  From his favorite, Waylon Jennings, to the current Eric Church, country music has resonated with him and it shows through his live performances.
Sean has played in a few different bands through the years, from Central Minnesota to Downtown Chicago.  From small bar acoustic shows to casinos to packed honkytonks.  He loves the music, the crowd and the energy.  For Sean, it's not just about singing the songs, it's engaging the crowd and doing his best to make sure everyone is having a good time!

Aaron has been playing music for as long as he can remember. After starting on piano as most young kids do, he played french horn through high school and a little in college. He only picked up a guitar on his 18th birthday and hasn't put it down since. Drop Tailgate is Aaron's second Minnesota based band after he played with Ledfoot Larry for a couple years. Aaron enjoys most music that has plenty of guitar involved but gravitates mostly towards country, rock and blues. He is looking forward to seeing you at the next show!


​A young, up and coming musican from the metro area, Eric Espinoza has been playing drums pretty much all his life. A versatile player, his performances span from playing  with city symphony orchestras, collegiate Jazz Big Bands, to weddings, festivals and now taking over honkytonks near you with Drop Tailgate. Always happy to provide the tasty boom-bap beats, he Specializes more in a hip-hop/RnB setting, but all Eric really wants is to funk you up and see you shake it.
If you notice a song being played quicker than usual, that might be because somebody is shaking it too well. But don’t get confused, we all love it when that happens